EU-MEPS (Minimum Energy-efficiency Performance Standard)
The EU Directive 2005/32 / EC, also known as EU MEPS, refers to manufacturers of energy-consuming products. Among this group of products are also low-voltage motors. The directive defines that manufacturers should be looking to improve their products in terms of energy efficiency. With this directive, the manufacturers of engines have received an additional objective in the coming years, namely the placing on the market of new efficient AC motors.

The new directive repays old CEMEP 2006. In the old CEMEP 2006, the engines were assigned to certain efficiency classes. The yields were indicated by the designations Eff1, Eff2 and EFF3. Eff1 stands for the highest efficiency so that it was not possible to create a logic class for fuel-efficient engines. The European directive on equal solves these problems. The directive is based on IEC 6003430 working to classify the efficiency of electric motors with class IE1 (inefficient), IE2 (default), IE3 (high) and IE 4 (premium). This represents the highest IE4 efficiency. This new Directive provides the ability to grow in the future to higher classes. 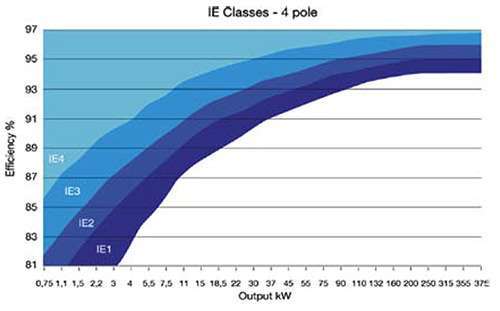